NOTE: This is a more formal review written for Steam. As such, it’s far more of a review then an introspective piece and was written as a recommendation to friends, thus the list-style arrangement. To see the original review on Steam, please click here.

I’ll preface this: If you’re someone who’s looking for Thief 4, or a true continuation of the decade-old series, you’ve come to the wrong place. Even so, I still enjoyed my time with Thief and I’d gladly recommend it if you’re a fan of first person stealth-action games. 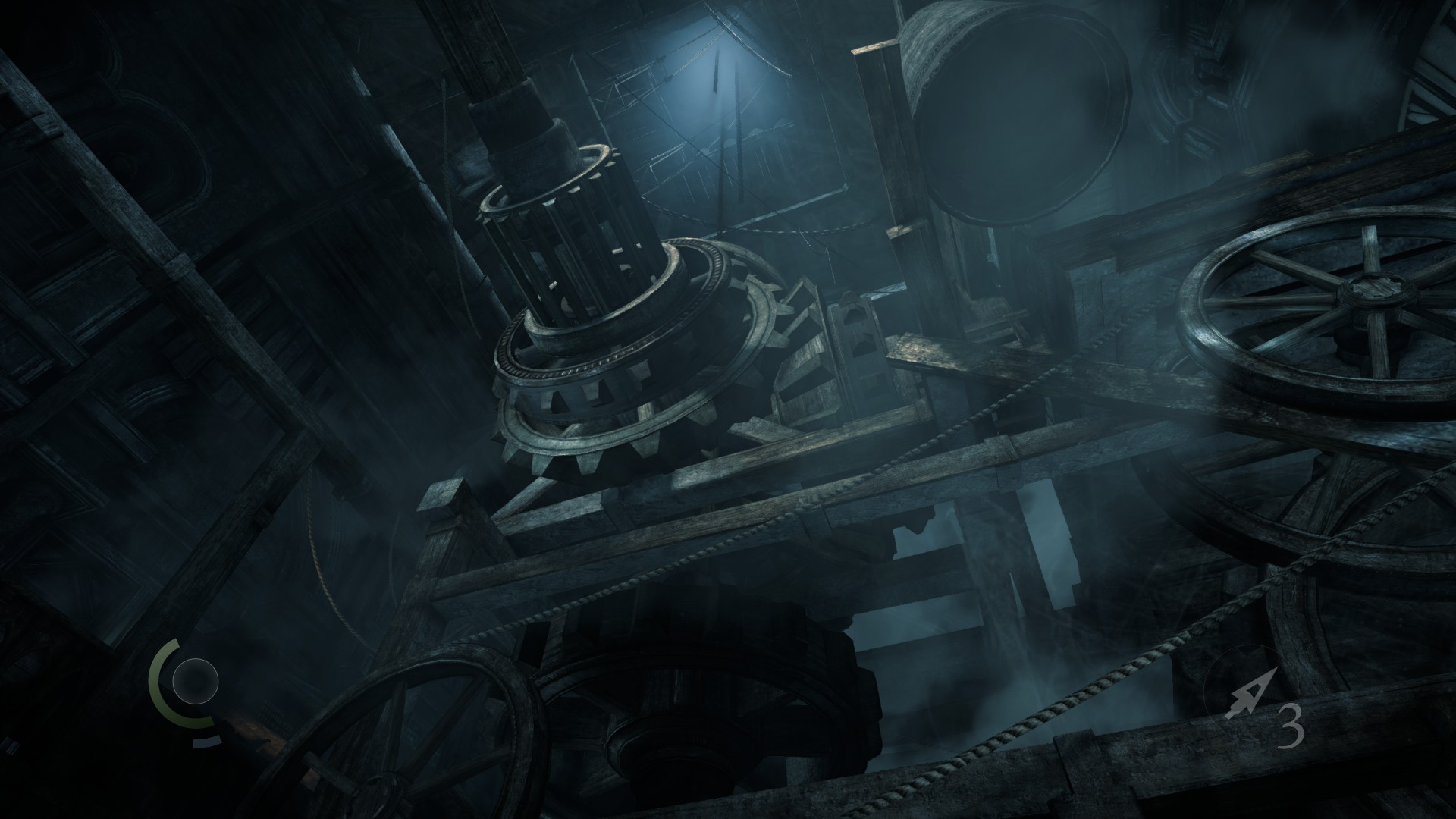 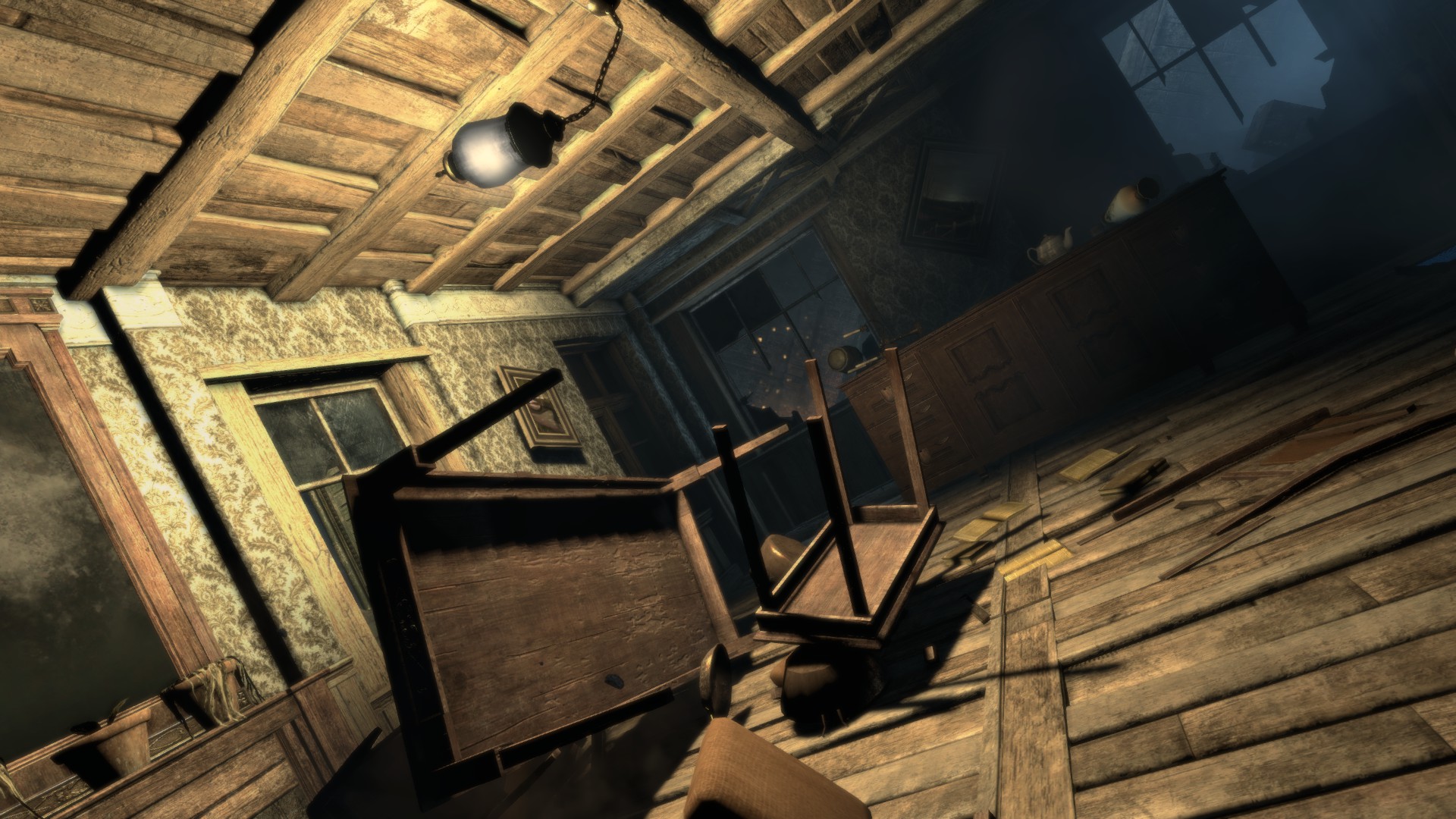 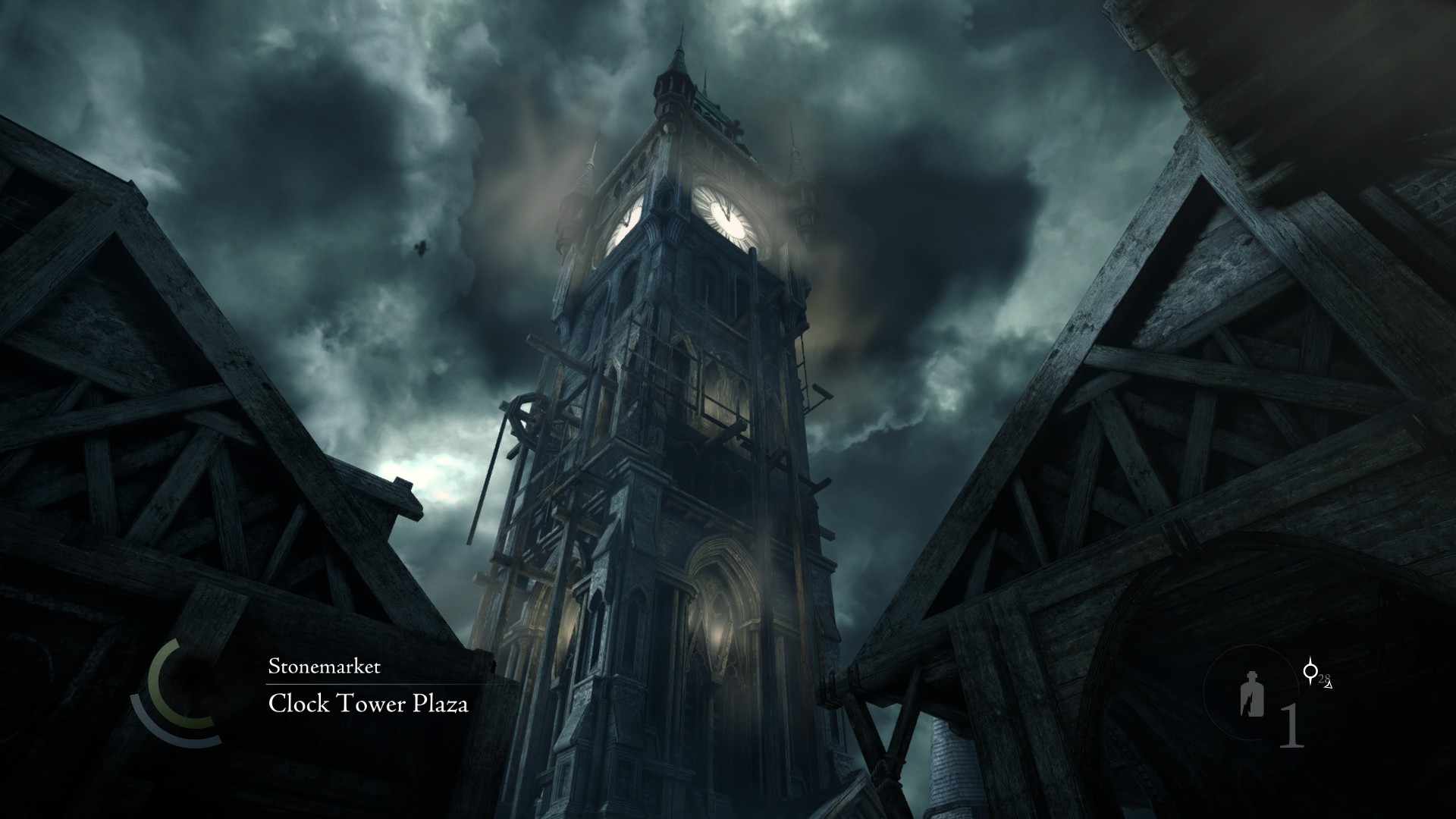 The promotional screenshots for this game are terrible. Even the gameplay footage isn’t that great. However, once you’re in-game, the atmospheric quality is sold incredibly well. This is a dead city, filled with dust and decay. High contrast shadows draw attention to the light sources to create an incredible noir-like environment, and each location has enough unique architecture to keep you interested in exploring the space. 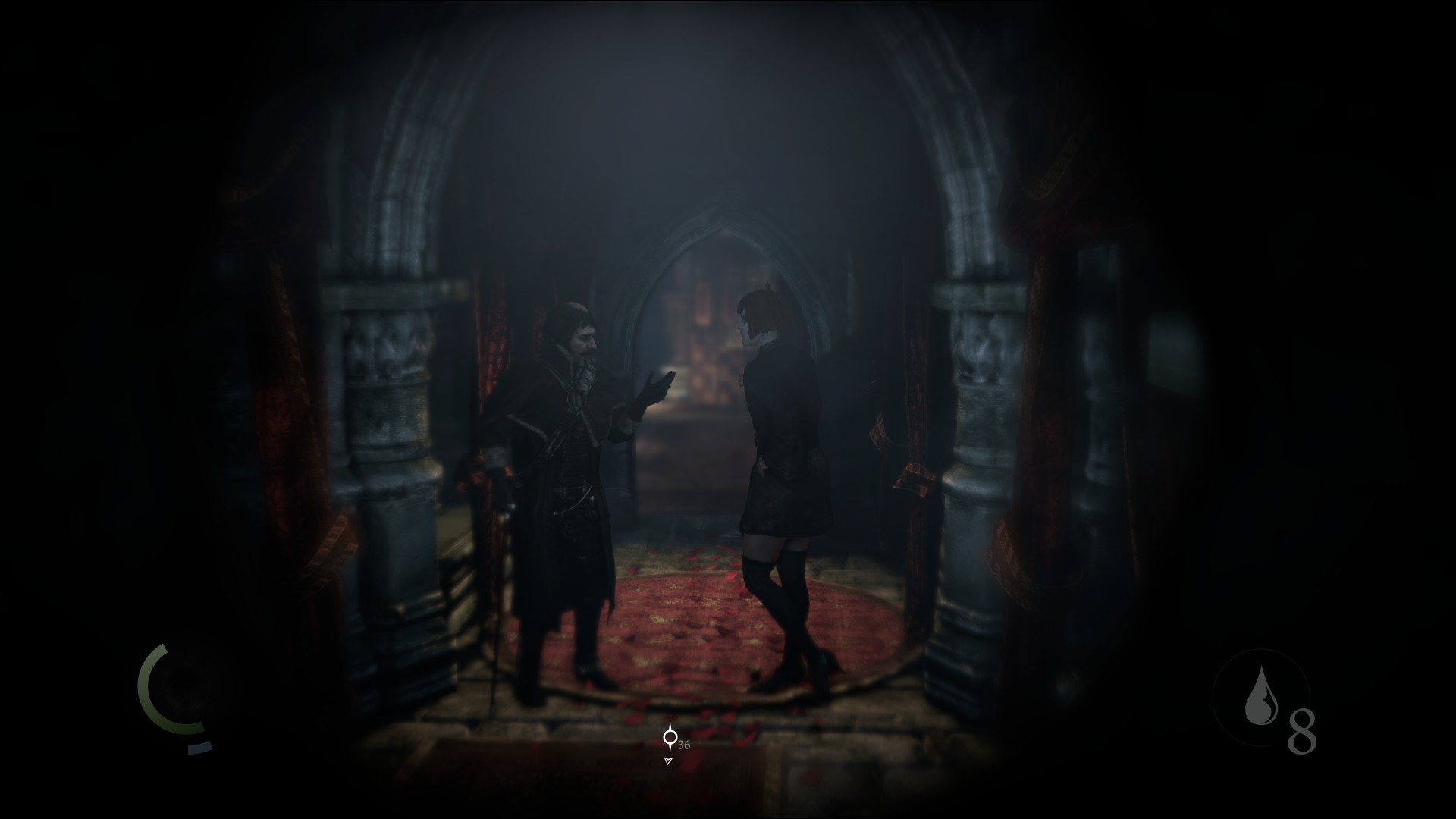 This certainly is the weakest part of Thief. The characters are laughably bad and the voice acting is delivered awkwardly (especially Garret’s want-a-be noir quips). Square Enix (mostly from the Edios run studios) has always had a bizarre cast of characters. (See Hitman’s latex nuns, Dues Ex’s painfully racist informant, etc.) Accents change on the fly, modern curses are thrown around like a modern rap artist, and the in-game notes are poorly written and unfocused. There are some good points though, in regards to the atmospheric storytelling. Walking through the hub town you’ll hear muffled stories through the walls, some simply giving depth to the backstory of the city, while others can potentially provide you with hints on finding hidden loot throughout the world.

The meat. The real reason you should be thinking about buying this game. I could talk about all the systems, annoyances and enjoyments, and everything else that made up the 20 or so hours I invested into this game. Many of these things you’ve probably already heard about elsewhere and have been written on extensively and far better than I could have, so I’ll summarize first:

It’s clear this is a game from the same studio as Dues Ex Human Revolution. Even though it’s a separate team, you can’t work in the same room as someone without borrowing a few of their ideas. It’s also likely the development was influenced by Dishonored, as the game borrows quite a bit from its systems. (Ironic, as Dishonored was also inspired by the classic thief series.) While Dishonored was more of assassination sandbox where the game gives you a few tools, a loose objective, and tells you to have fun, Thief is directed. There’s still some alternate paths and open exploration (especially in the hub city), but most of the primary missions give you a series of spaces to navigate through and it’s up to you how stealthy or murderous you decide to be. This is especially prevalent in the side-quest missions, which mostly involve one self-contained zone giving you more power to plan your assault, rob your target, and attempt to make it back out in one piece.

Oh, and I’ll touch on movement for a moment, seeing as the lack of a “jump” key is a heated contention. When you start, it definitely feels weird not being able to jump up on things. However, the game features a surprisingly robust contextual movement system (it’s a good thing they haven’t invented fingerprinting yet as Garret touches damn near anything he gets close to), so you get used to the flow of movement rather quickly. There was only a few times I had trouble with jumping and most of them involved me trying to get somewhere I probably shouldn’t have been anyways. “Swooping” between shadows and cover is tremendously fun though, and while I wish it didn’t come with the lack of a jump key, I hope more games include it as a potential action. 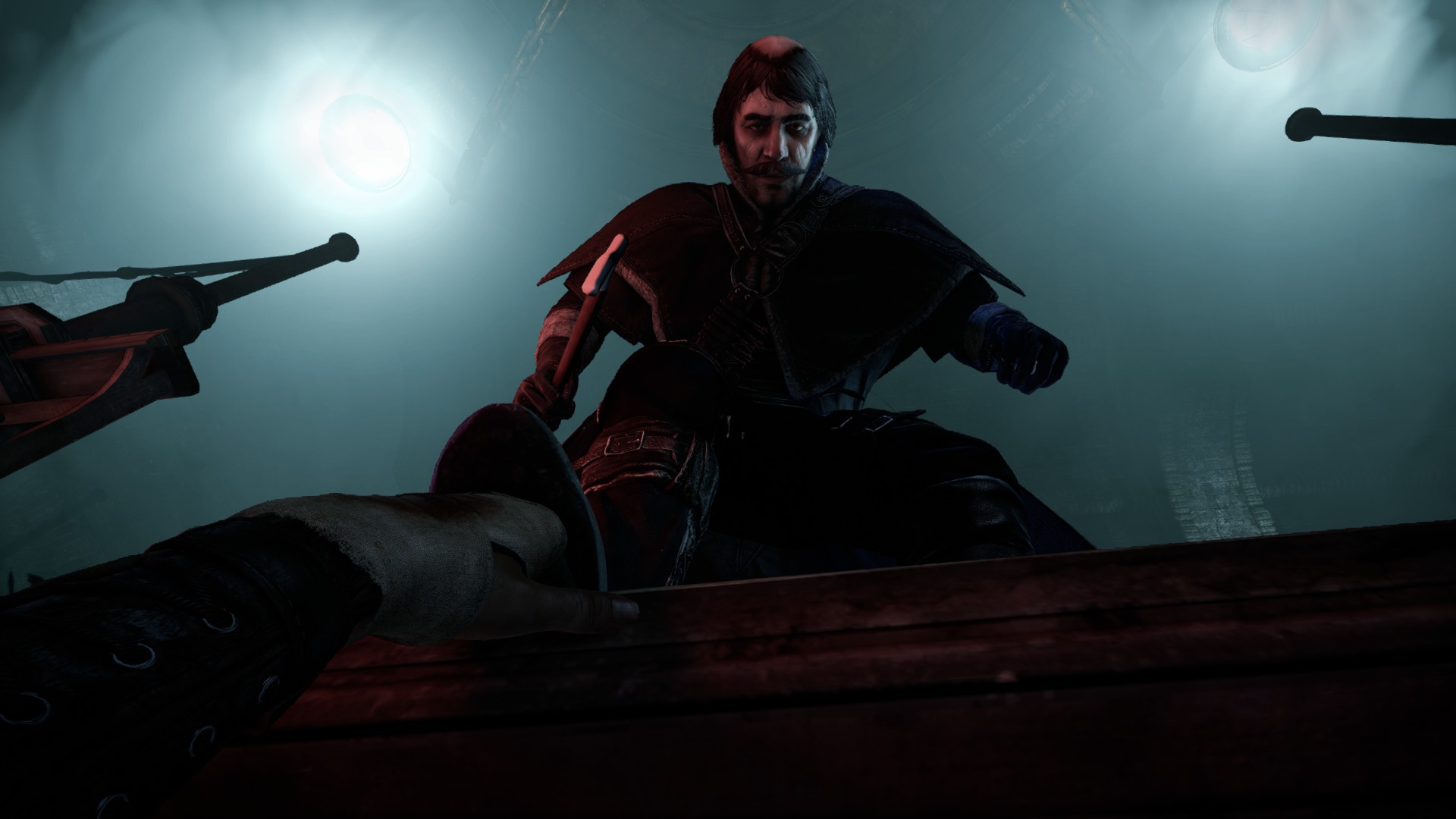 Thief is not a fantastic game, and it certainly doesn’t live up to the name it’s given. But in the moments, and throughout the 20 or so hours I spent with it, I found fun even when it’s issues and strange design choices emerged. I even enjoyed it enough to complete most (if not all) of the game’s side-quests and collection opportunities, which is more then what I can say about the last dozen or so games I’ve picked up. Thief is in no way a terrible game. It could have been better, and perhaps with a future installment it might just be. For now though, it’s decent, and I’d recommend it.